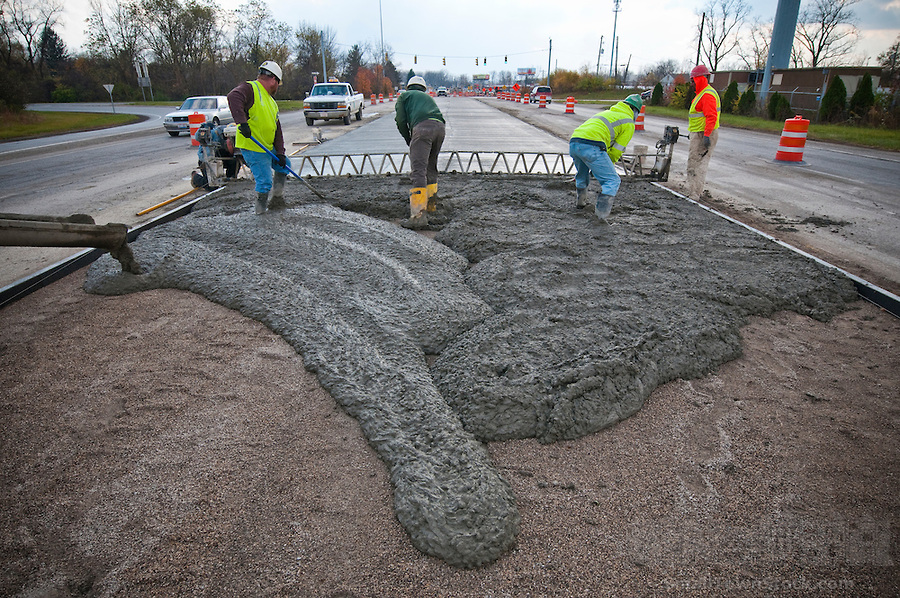 Another round of driving on the mainland has given me fresh perspective on just how backwards the city of Honolulu — and the entire state — is when it comes to our road transportation. While our city and state governments squabble with each other and themselves over how to fund Honolulu’s new rail system, our roads still remain some of the most neglected pieces of our infrastructure. In a previous installment of What Hawaii Needs to Learn About Driving, I wrote about speed limits and how the state’s attempts to lower speed limits in the name of safety is actually incredibly ineffective. I’ve also briefly mentioned the decaying state of our roads but after the topic of road building material arose at a neighborhood board meeting, a full blog entry was in order. I’ve come to the conclusion that the hot-pour asphalt — a process in which a layer of hot asphalt is poured over a concrete foundation — used to repave our roads is notoriously sensitive to moisture and paving which such a material in the rainiest state seems beyond foolish.

For a state touting it’s progress against climate change, refusing to pave with concrete is a huge opportunity lost to cut a massive chunk of carbon from the road building, use, and maintenance processes. According to the MIT Concrete Sustainability Hub, use of concrete in place of asphalt lowers the carbon footprint of our roads in almost all its phases of use. Concrete regularly performs better than asphalt in the Federal Highway Administration Long Term Performance Program (LTPP), showing a slower deterioration rate when compared to asphalt. This lack of deterioration means that concrete roads feature a 3-4% reduction in green house gas emissions by vehicles which use more fuel struggling against rougher, softer roadways. If all of Honolulu’s roads were to be paved with concrete, we could see a reduction of 178,800 metric tons of greenhouse gases on the island of Oahu — almost 15 times the savings of the best case scenario for Honolulu’s rail.

The slowed deterioration of concrete roadways also off-sets arguably the largest obstacle  to paving with concrete; cost.  While the initial installation of concrete roads is definitely more expensive than asphalt, the life-time cost of building, maintaining, and rebuilding concrete roads is about 30% lower. For a state (and a city) that spends way more on our roads than most of the country, these long term savings are not insignificant.

Concrete roads are a no-brainer for Honolulu. They are cheaper, more durable, and are a sensible way to lower our carbon footprint. But alas, like many other aspects of our state, too many people in power are either too backward thinking or too set in their ways to look out of the box to implement solutions that solve so many of our problems.